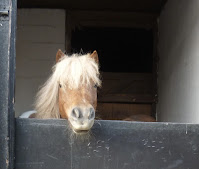 After a short delay (of about a year and two months), I am off to The Maverick Festival (see blogs passim) for a weekend of country, blues, folk and Americana in the country, and this year - due in no small part to the ravages of The Great Unpleasantness - with added East Angliacana in the shape of Helen and The Neighbourhood Dogs.

We are contemplating our name on the playbill outside The Barn Stage prior to soundcheck and considering - even with the Americanisation of dropping the ‘U’ - how much room it takes up on posters. “I’m thinking we might change our name to ‘The Neighbourhood’ confides Mr. Wendell. “Yes, but those three, four and five letter words aren’t really the issue here, are they?” points out WAG Becky phlegmatically.

I am also here in my guise as Stage Wrangler for The Medicine Show - a pop up boutique stage for the off duty talent to stretch out with some covers or, in some cases, simply warm up for the main event. Tucked away in a paddock behind the bar, I am doing the equivalent of tightening the rigging and checking the bowsprit for woodworm when I hear the first of the turns being announced in The Barn. At which point I remember that we’re the first turn on in the barn…

A short sprint through the crowd later I have managed to retain both my stage shirt and my dignity and we haul away into our opening number. The unspoken advantage of being bottom of the bill is that you are, necessarily, often top of the list for sound-checks, and so we are buoyant from the off, confident that our pre-show run through of The Byrds “You’re Still On My Mind” has settled the nerves of the sound crew, and Helen, who did ask if we could follow it up with “…something we know”.*

Fiddly seems unencumbered by the lack of most of his pinkie, which he apparently managed to remove with some sort of mechanical implement earlier in the week, just as Turny’s banjo-fingering digit has grown back after that incident with the secateurs some weeks ago, and we are all - band and audience - pleased to be back in the room/barn, doing what we like to do best. We, telling stories with wood and string, and they listening, applauding, and buying our records afterwards.

A VIP area has been set up to thank those who retained their tickets throughout The Great Unpleasantness but it is empty. No-one wants to be swanning around drinking free Big Drop when there’s an actual, physical manifestation of a festival happening just over the velvet rope. There’s a palpable sense of relief all round, an exhalation of pressure - one agent mentions that we’re the first band he’s seen play live in two years. Poor bastard.

Job done, and back to the acting, I welcome the legend that is Jon Langford to The Show with the immortal words “THE Jon Langford?” He is a grizzled old veteran of the punk wars, hunkered down in a big hat and sheepskin jacket that makes him look like the sort of rancher who has had to deal with his reckless youngest son shooting off his mouth in the saloon in town once too often. He also greets me with his beautiful deep Welsh burr by name all weekend, enquiring after my welfare each time. The sort of turn you are prepared to crawl over broken riders for.

I take time out to burst into Dana Immanuel’s backstage enclave to wish them well for their show. “You won’t remember me!” I exclaim. “I do…” purrs cajonista H, albeit in the sort of tone which suggests that somebody may have forgotten to renew a restraining order. “Do a fabulous show!” is all I can think of to blurt. I resist the temptation to go the full Wizard of Oz and continue “…and your little doggie!!” in case I’m dragged away by security but do manage a strangled “I love you!”** The next time I saw Dana was at two in the morning singing ‘Wagon Wheel’. As you do.

Saturday dawns full and bright, and I have another day of my virtual twelve hour house concert to enjoy. M’good friend and occasional employer Tony James Shevlin puts in a shift in the afternoon and then later again in the Stygian gloom of the evening, where we are delighted to bump into Rich Hall, later to appear in his own show, but currently mournfully regarding the line up for the John Prine tribute to take place in The Peacock Cafe (another barn in all truth), which has been COVID- safeguarded in terms of ventilation  by the simple expedient of taking out about a third of the wall.

The queue for the stage is considerably larger than some of the audiences I’ve seen, but Rich is kind enough to look obligingly like he knows me for my souvenir snap. During a gap in proceedings on The Medicine Show I take to the stage myself, indulging in a few songs just in order that I can say I trod the boards as a solo artist once again. Helen is later annoyed that I didn’t summon her to perform and I gravely inform her that this constitutes misuse of the radio under the Stage Manager’s Code. She nods solemnly, abashed.

On Sunday I have a lighter line up than I deserve, and so have mostly to make sure Tony Winn doesn’t fall off the stage during his return to the live arena. He is ably supported by The Fragrant and Charming Helen Mulley on vocals, who is keen that her offspring should be attendant to behold her magnificence. The boys are working the festival and so I offer to summon them via the power of wireless communication. “I thought that breached the Stage Manager’s Code?” she suggests.

I summon my inner Captain Barbossa. “It’s not so much a code, Missy” I explain piratically. It’s more a set o’ guidelines…”

**That from me to them, not the other way round, in case you were wondering.

I'm glad the real world is returning, however gradually.

Do You Do Any Wings?
Artist, libertine, swordsman & auteur. Also guitarist, blogger & radio personality. No reasonable offer refused, half day closing Wednesdays. Occasionally I compile bits of the blog into books. You can buy All These Little Pieces and Turn 'Em All On, Then Turn' Em All Down by using those links just down there ↓ .